'Voice Of Paradise' is the crayon fields' first UK release and
a vital precursor to their highly anticipated second album
'All The Pleasures Of The World', set for release in mid 2009.
Recorded in the clouds, 'Voice Of Paradise' is a love song
that rings out in the natural reverb of heaven and features a
choir of bewitched soprano voices, a string quartet and a
four-octave guitar solo. Meanwhile, wistful b-side 'So Much
Time' decorates the tender thump of mid tempo drum machine
with delicate guitar melodies, seductive basslines and
glistening organ flourishes. On the passport label. 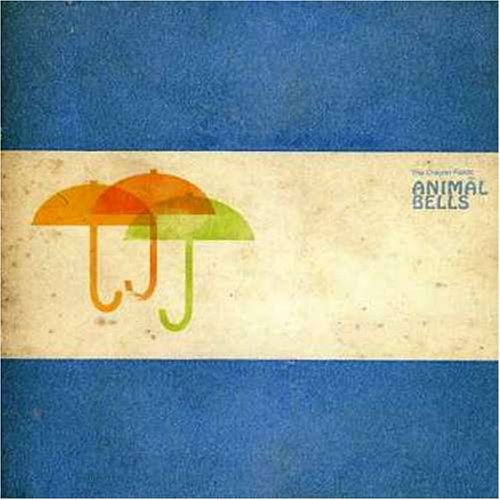 CRAYON FIELDS - ALL THE PLEASURES OF THE WORLD / VOICE OF PARADISE Belle and Sebastian meets 60's and 70's dreamy pop. the Crayon Fields’ long-awaited second album All The Pleasures Of The World is already creating huge tidal waves of excitement, with blog raves from around the world and massive support from community radio and Triple J.

The album has also scored a release on influential Japanese label Rallye, home to the likes of The Whitest Boy Alive and Au Revoir Simone. Not surprising, because it’s a beyond stunning development on their airy 2006 debut Animal Bells. Crayon Fields’ trademark intricate pop magic has been bolstered by a newfound con?dence and lyrical openness from diminutive frontman Geo? O’Connor, and luscious backing from bassist Brett Hudson, guitarist Chris Hung and drummer Neil Erenstrom. Strings come courtesy of rising pop star Jessica Venables (aka Jessica Says) on cello, and her brother Nick on viola and violin.

Filled with loping bass lines, swooning strings and eerie, hypnotic harmonies, All The Pleasures Of The World was recorded at Head Gap studios in Melbourne with Neil Thomason (the Slits, My Disco, Ned Collette). Mixing and mastering was completed with Lachlan Carrick (the Necks, Gotye, Architecture In Helsinki).

Now, the band are taking off around the country to launch the new album, including their first ever trip to the Apple Isle!