Welcome to a world of cinematic lushness, orchestral delights, global voices, rhythms, vintage synthesizers and electronic bleeps. This is Bombay Dub Orchestra – the remarkable debut album from the U.K.-based duo of Garry Hughes (Bjork, Sly & Robbie) and Andrew T. Mackay (VAST, Annie Leibovitz). Bombay Dub Orchestra is music that will stroke the senses and enamour the soul, with its uniquely brilliant crossover of orchestral arrangements, modern, lush beats and synthesizers and a heavy slant to the music of India. 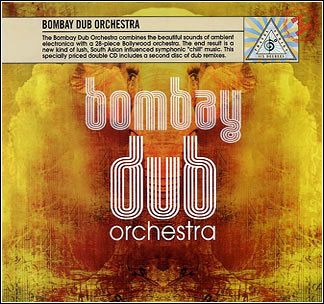 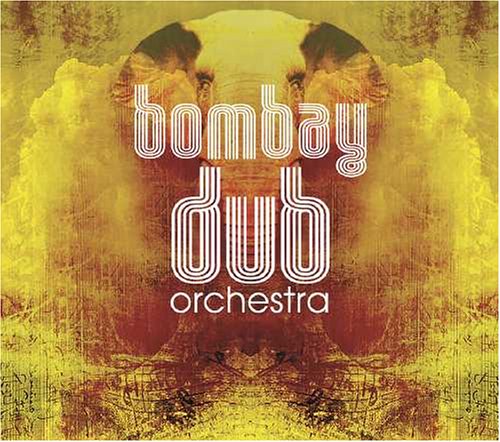 The second installment in Bombay Dub
Orchestra's ongoing East-West fusion project,
titled 3 Cities, takes the listener on a
rollicking ride down the Ganges from the
Himalayas to the Bay of Bengal with sounds
both new and old. The duo says that they
didn't set out to do anything that different
on this album. We just continued doing
exactly what we wanted to do without any
borders, boundaries or restraints. We of
course wanted to increase our palette of
sounds further than the first one but we
had to let it grow organically so nothing was
forced or contrived. We did however use a lot
more acoustic instruments.

Release notes:
--------------
Step inside the sound of 3 Cities, Bombay Dub Orchestra's sophomore release, and
experience the crossroads where Mumbai, Chennai, and London musically meet.
Since the release of their self-titled debut, the name Bombay Dub Orchestra
(consisting of composer/producers Garry Hughes and Andrew T. Mackay) has built
quite a reputation. From main-stage performances at the UK's Big Chill Festival
and Djing across the globe, scoring feature films to remixing such
world-renowned artists as Bob Marley, Nusrat Fateh Ali Khan, and Bebel Gilberto,
fans and critics have been eagerly awaiting their next album. For 3 Cities,
both Hughes and Mackay traveled to Mumbai and Chennai to record with the cities'
premier musicians and vocalists before returning to London to mix the album. 3
Cities is where their cinematic soundscapes meet Indian Classical and
electronica featuring a huge cast of over 75 musicians.


The second installment in Bombay Dub Orchestra's ongoing East-West fusion
project is sure to impress fans of their debut; at times it's lush and relaxed,
and at others it takes the listener on a rollicking ride down the Ganges from
the Himalayas to the Bay of Bengal with sounds both new and old. The duo says
that they "didn't set out to do anything that different on this album. We just
continued doing exactly what we wanted to do without any borders, boundaries or
restraints. We of course wanted to increase our palette of sounds further than
the first one Ц but we had to let it grow organically so nothing was forced or
contrived. We did however use a lot more acoustic instruments."
Mumbai (formerly Bombay) is where the majority of 3 Cities was created and is
central to the Bombay Dub Orchestra project. The people, the colours, the
buildings, the smells, the food and life in the heart of the city has been
integral to the inspiration behind their work. Both Hughes and Mackay have been
traveling to Mumbai since the early 90's and first worked together there in
1998. Mackay elaborates, "We have a great rapport with the musicians and
technicians in Mumbai and have built strong relationships over the last ten
years." Mackay adds, "The soloists are amazing and there is a great selection
of musicians, some veterans of the industry who have played on the biggest film
scores and records in the last thirty years. Then there are the new breed of
young players who are coming up and have great enthusiasm for music and have
learned so much from the masters before them. 3 Cities proudly features both."


The second city represented on the album is Chennai (Madras). Although both
Hughes and Mackay had visited Chennai before, this was their first time
recording there. They immediately made a real connection with the musicians,
recording at the studios of revered composer and musician A R Rahman, regarded
as one of the greatest film composers ever. This is where they worked with some
of the most dedicated string players and soloists. As Hughes states, "The
string players that we recorded with worked extraordinary hours - something you
would never find in the UK or US. They were recording from 7am until 2pm with AR
Rahman and then we would record with them from 3pm until 9pm. By this time as
you can imagine they were pretty tired but it never showed. The players were
amazing, especially considering we had never worked with the majority of them
before."

After extensive recording sessions in Mumbai and Chennai, Bombay Dub Orchestra
returned back home from their apartment in Lokhandwala, Mumbai to the United
Kingdom. They recorded in various parts of the UK including London where the
vocals of singers Kartik and Meneka were recorded as well as some sitar and
percussion. The biggest UK sessions were recorded at Rockfield Studios, located
on a farm near the hamlet of Rockfield on the Welsh border. A legendary music
studio set up in the 1960s, the facility has the vibe left from five decades of
recording with the likes of Queen, Black Sabbath, Simple Minds, Echo and the
Bunnymen, Robert Plant and Oasis. Here BDO recorded live drums, percussion,
tablas, Rhodes and piano. The Bosendorfer Grand piano that was used on 3 Cities
is the very same one that Freddie Mercury recorded 'Bohemian Rhapsody' on.

3 Cities opens with "Egypt by Air," an imaginary journey from India to Egypt
inspired by a 1930's travel poster - an intriguing track layered with sweeping
strings and built on a heavy dance beat fused with ouds, darabukas and the
group's synthesizer sequences. "Journey" is based on two Indian Raags (scales)
featuring singer Kartik, along with Ashwin Srinivasan's bansuri (flute), Sunil
Das' beautiful sitar, a santoor (a kind of hammered dulcimer) played by Ulhas
Bapat, and a slow but heavy trip-hop groove. "Strange Constellations," an
immediate electro-pop melody driven 'Love Song' (according to Hughes - the only
love song he has ever written) hits home from the first beat with an
overwhelmingly beautiful and simplistic melody.

"Junoon," featuring the vocals of Meneka could almost hail from a classic Indian
film with its mix of Hindi/Urdu lyrics. Virtuosic bansuri, with cinematic
strings mix with squelchy synths on a slow Indian percussion led beat. "Spiral
(3 Cities)" is a collage of the sub-continent with its south Indian percussion,
North Indian Vocals again by Kartik, dilruba and tarshennai by Chennai based
musician Saroja, tough beats and electrically charged strings! "Map of Dusk," is
dreamy and atmospheric with ambient guitar and flute atop live drums and
percussion. Shimmering strings rise from the ambience creating another exotic
cinematic landscape.

"Fallen" features the vocals of Mumbai based singer Hamsika Iyer. Her haunting
voice is supported by Abdullah Mufa's brushed drums and Mackay's jazz-inflected
piano. Mysterious bansuri lines weave amongst the vocals and evocative strings.
"Greenish Blue" is a vast and dynamic cinematic piece, which, according to
Mackay "is a gentle nod to the soundtrack of the classic Indian film 'Ram Teri
Ganga Meli' by blind composer Ravindra Jain." "Monsoon Malabar's" multiple male
vocals build up layers of harmony leading into a strong electro-dance groove
with washes of live Indian percussion. The result is one of the album's most
dynamic and energetic tracks.

"Feasting with Panthers" features bass clarinet clusters, dark melodies, chilled
beats and restrained strings and is followed by album closer "Amina," with an
episodic arrangement that starts out quiet and contemplative, then gradually
turns beat-heavy (courtesy of young UK based drummer Will Brown).

"We now have a core group of musicians who we have recorded with over the last
two albums and who have played live with us over the last 2 years," say Mackay.
"We've been blessed to be working with some of the finest musicians in the
world."