Enuff Z'nuff are close to finishing their 12th studio album, and The Beatles inspired hard rockers are getting a little help from their friends on the effort.
Chip Z'nuff tells antiMusic that the CD will feature rare appearances from former Ozzy Osbourne/Badlands guitarist Jake E. Lee and original Guns N' Roses drummer Steven Adler. Both have already laid down their tracks for the CD.

The disc has been dubbed "Lost in Vegas" and the band hope to have the production wrapped up soon for a release later this year. Most of the tracks were recorded in Sin City with some additional tracking in Chicago.

Donnie Vie fans will already be familiar with a couple of tracks, "Roll Away" and "Code Red," which have been re-recorded for this album. The demo for "Roll Away" is currently streaming on Donnie's Myspace and the original version of "Code Red" was issued on the UK bonus EP to his DVieD release. Other tracks include "Lazy Dazy," "High," "Fine Line," "Playground," and a cover of the Beatles classic "Run for your Life". 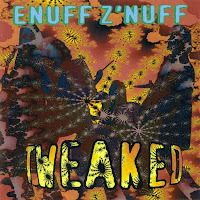