Who cares where rock and roll came from, just be glad we﻿ have it. 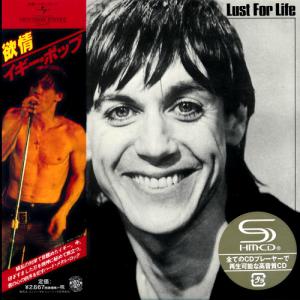 Who cares where rock and roll came from, just be glad we﻿ have it.

Iggy Pop: 'I’ve decided to have a shorter life. I don’t want to sit around till I’m 90'

Together, hot-shot chef Anthony Bourdain and rock legend Iggy Pop are old friends at the top of their games and show no signs of slowing. GQ plays stooge as this never-say-die double act shoots the breeze about music, mortality and mob executions.

Iggy Pop and Jarvis Cocker released a rumbling cover of Nick Cave's "Red Right Hand" on Wednesday. The song is the theme for the fourth season of the BBC series Peaky Blinders, which debuted November 15th.

Cave's original, released in 1994, is spare and threatening. The minimal instrumentation keeps the focus on Cave's ominous growl; occasionally a funereal bell rattles loudly in the mix. Pop and Cocker's version, in contrast, is full of bludgeoning guitars. It sounds like it might have appeared on an early Stooges album. The two rockers sing nearly everything in tandem, sounding grim and inescapable. The track comes to a close with a wordless howl. in good music we trust Underworld & Iggy Pop have shared their buoyant new single “Get Your Shirt,” the latest preview from their collaborative EP Teatime Dub Encounters.

Underworld and Iggy Pop paired their new single with a video directed by frequent Underworld collaboration Simon Taylor, featuring a trio of dancers whose choreography is artfully distorted by a liquefying effect.

The collaboration between the proto-punk legend and the electronic music duo spawned out of a meeting at London’s Savoy Hotel to discuss working together for the T2: Trainspotting soundtrack; while those tracks ultimately didn’t make the soundtrack, they formed the four-song Teatime Dub Encounters, which arrives in full on July 27th.

“Iggy was staying at the Savoy and graciously said, ‘Yeah, you know we can meet and talk about something,’ because we both felt a strong connection to Trainspotting and to [Trainspotting director] Danny [Boyle],” Underworld’s Rick Smith previously said in a statement. “I turned up thinking, ‘I’ve got one chance here to convince this gentleman that we should work together. So I turned up with basically half my studio, hired a hotel room, set up and sat waiting.”

“When you are confronted with somebody who has a whole bloody studio there in the hotel room, a Skyped director who has won the Oscar recently and a fucking microphone in front of you and 30 finished pieces of very polished music, you don’t want to be the wimp that goes, ‘Uh-uhhh’, so my mind was racing,” Pop said.