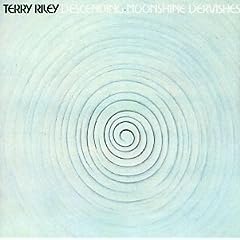 Terry Riley - No Man's Land Conversation With The Sirocco

The following pieces appear without any editing of the performance. Large sections of these pieces are improvised and I have attempted to preserve the spontaneity of this special evening by presenting my first concert in Moscow exactly as it was played.

ARICA is a composition that is based on an earlier work of mine, A RAINBOW IN CURVED AIR and shares some of the 14 beat cycle structure although having very different tonalities and overall approach to improvisation. It alternates the Lydian and Phrygian modes with tonal centers 1/2 step apart.

HAVANA MAN dates from the late 1980"s although some of the themes I composed as early as 1966 in Sweden. It is intentionally Latin in temperament and contains many themes, which are sometimes reordered in sequence according to spontaneous choices that are made during performance.

NEGRO HALL was composed for a scene of my opera THE SAINT ADOLF RING, and is based on the writings and drawings of Adolf Woelfli, the great Swiss Artist, Musician, Poet who created a vast body of work during his 35 years stay in a mental institution. This solo piano rendition is an abbreviated concert version of the music that appears in the Opera.

THE ECSTACY was first written for the KRONOS String Quartet as one of the quartets in the SALOME DANCES FOR PEACE cycle, a large 2-hour work. Here the themes are reworked in an improvisatory manner for solo piano.

My grand daughter, Simone Riley who has a large cast of imaginary playmates, inspired MISSIGONO. I liked the sound of the made-up name and so starting with this title I created the music. It has a companion piece called Uncle Jard which is also the name of one of her imaginary playmates.

REQUIEM FOR WALLY was written in memory of Wally Rose, a great American Rag Time piano player and a close friend and teacher. In the early 1960"s Wally and I played together at the Gold Street Saloon on San Francisco"s Barbary Coast. Some of the interior themes are unusual for Ragtime as they are written in 7/8 time instead of 4/4.

SONG FROM THE OLD COUNTRY dates from around 1978 and has numerous sections including some song"s with vocals. All the sections are in 5/4 or 10/4 time and I used this piece often as an exercise to learn what I could do with this meter. In the USA everyone except Native Americans have immigrated or have ancestors that have immigrated from some other country and this song honors those memories we have of our country of origin.

It was a great honor and personal thrill to have the chance to present my work at the Moscow Conservatory, a legendary music shrine, in May 2000. I hope in some way my offering of this evenings music reflects the deep respect I hold for the great musical traditions of Russia and the Masters who have reached for the stars before me with their awesome genius.