Finnish experimental artist Sasu Ripatti, most often known as Vladislav Delay, has put together a new group called the Vladislav Delay Quartet, with a self-titled debut album due out in May.

Ripatti has always been a man of many projects, producing on his own as Vladislav Delay, Luomo and Sistol, with each guise differing greatly in style. Not much is known about the sound of his new group, but it has at least a few things in common with the Moritz von Oswald Trio: both are released through Honest Jon's Records and feature an electro-acoustic ensemble with Ripatti on percussion. Other members of the lineup are Sähko mainstay Mika Vainio, who handles electronics and processing, and live instrumentalists Derek Shirley and Lucio Capece (the latter of whom appeared on the Vladislav Delay's 2009 album Tumaa). Those two play double bass, bass clarinet and soprano sax.

The album is mixed and produced by Ripatti himself. Artwork is arranged by Will Bankhead, with an original piece by Katharina Immekus.
Tracklist
01. Minus Degrees, Bare Feet, Tickles
02. Santa Teresa
03. Des Abends
04. Hohtokivi
05. Killing the Water Bed
06. Presentiment
07. Louhos
08. Salt Flat
Honest Jon's will release Vladislav Delay Quartet in May 2011.

anyone got flac of the new single ? 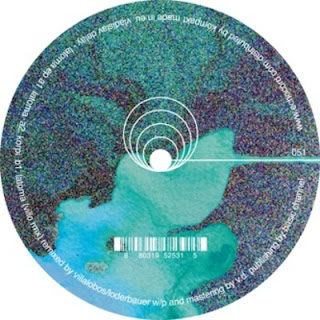 Don't Get Mad, Get Enemy;
We Do What We Must, Because We Can.

In September 2011 Luomo (aka Vladislav Delay) returns with his new full lenght release Plus. Plus is the 5th album for Luomo, taking the songwriter abilities of Ripatti to a new level, dwelling deep into first generation Chicago house and the pop sensibilities of 80s London, coupled with his impeccable crossover pop appeal. Never going for a one formula approach, Plus has a distinct Luomo sound – hypnotic, sexy and delicately insistent, rhythms following a self-movement and never standing still. Conquering the world of electronics with a hi-tech approach, PLUS is still grabbing the listener mostly because of the soul infused into the works. Sometimes cold and brittle, other times warm and ductile, the deeply layered backgrounds make way for outstanding vocal performances which are this time credited to the cryptically named Chicago Boys, a shy boy group of more or less known vocalist.

Songs like “Good Stuff” and “Shy” are pure pop-bliss, while “Form In Void” and “Twist” shimmer in glacial electronics and gliding synths, all keeping the focus on the organic vocals to extend the album´s scope and reach far beyond expectations. The less song-focused, synth driven tunes like “Medley Through” and “How You Look” are undoubtedly reflecting the early Luomo sound from Vocal City (2000) and The Present Lover (2003), and combined with his finest songwriting makes a cohesive album which actually can and should be listened to as one whole piece. Some production details: Production & Mastering: Sasu Ripatti, Vocals: Chicago Boys, Label: Moodmusic Records, Publishing: Basic Channel for Universal, Distribution: Word And Sound, Artwork: Peter Prautzsch and Anni Rapinoja. Some additional info at www.luomomusic.org