Review metal-invader.com:
I have never heard of VOLBEAT before, but I can tell you for sure, that from this day forward, VOLBEAT will be a name that will most certainly occupy us in the future. Danish Rock/Metal band VOLBEAT has released their debut album. Having sold more than 800 copies of their historical demo "Beat The Meat", having achieved airplay in the Swedish Radio Top 30 and the French Radio and with songs been used during the coverage of the World Championships in Handball in Tunisia by the Danish national TV-station TV2, VOLBEAT have finally managed to land a record deal and hopefully spread their name and music world-wide.
VOLBEAT is a good example of an original band, as hard as this may sound or seem in our days. Consider this: take 50's-60's Rock 'n' Roll, with modern metal and top it up with a little bit of classic METALLICA and BLACK SABBATH (especially in the vocals) and you get VOLBEAT. It's that original! Some say that it could have been the continuation of "Load" and "Re-Load" and that's not far from reality. Others say that VOLBEAT could have very well released both these albums.
Whatever the case, though, what we have here, is an example extraordinaire of originality, heavy music, bad-ass attitude and uncompromising spirit. This is one of those releases that proves once again, why Metal music (as a whole) is such a broad and different genre than other types of music. HIGHLY-RECOMMENDED! 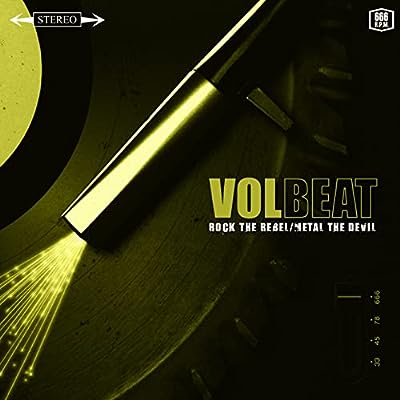 Volbeat - The Strength / The Sound / The Songs plz rapid!

Hi, any up for this cool band ?
Let Freedom Ring With A Shotgun Blast

Yeah! great band!!! can somebody upload it on filefactory please?

Hello! Re-up: Volbeat - The Strength / The Sound / The Songs on rapid or something...
ROCK'N'ROLL

thank you very much